Travellers as a community are disadvantaged in terms of education, health, employment and economic status, as well as a community who experiences high levels of both direct and indirect discrimination. Over the past 20 years community development organisations have been working with Travellers, but, by and large this has been with Traveller women, (through Primary Health Care for Traveller Projects (PHCTPs)

The WHO Alma Ata declaration described primary health care as:

“Essential health care based on practical, scientifically sound and socially acceptable methods and technology made universally accessible to individuals and families in the community through their full participation, and at a cost that the community and country can afford to maintain at every stage of development in the spirit of self- reliance and self-determination. It forms an integral part both of the country’s health system, of which it is the central function and main focus, and of the overall social and economic development of the community. It is the first level contact of individuals, the family and the community with the National health system, bringing health care as close as possible to where people work and live.”

Primary Health Care for Travellers projects were a seen as a corner stone of The National Traveller Health Strategy 2002-2005. The strategy stated:-

“The process of facilitating community participation in the project has resulted in the empowerment of Travellers and led to their taking more control of their health situation.
Their attitudes to the health system have changed through the provision of information, training and resources. This in turn has brought about a change in their ability to access the system. They are making greater demands on health services and have greater expectations for the health services to be provided in culturally appropriate ways.”

It further proposed that:-

Primary Health Care for Travellers Projects will be developed in conjunction with Traveller organisations in all Health Board areas where there is a significant Traveller population by the end of 2005. The Department of Health and Children will provide funding to allow for the freeing up of staff and other resources on the part of appropriate organisations in order to implement a suitable strategy for replication of the projects in relevant areas.

The Primary Health Care for Travellers Project in Tallaght was established in 2001. The aims of the project are to:

During 2015 TTCDP and the National Traveller Counselling Service was successful in establishing an outreach Traveller Specific Counselling Service in the Tallaght area. This service has proved to be very beneficial in addressing some of the increased mental health issues facing local Travellers. Through our Primary Health Care for Travellers Project and our drop in service we continually refer people to this and other local counselling agencies. 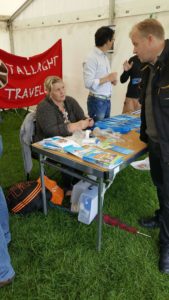 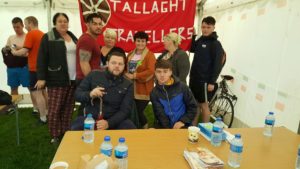 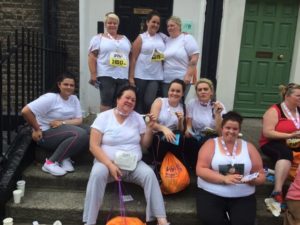 Men’s Health
One of the objectives for the men’s worker is to establish a Traveller men’s group in Tallaght. A lot of time has been spent talking to Traveller men to identify how they would see this working. An initial meeting was held with a small group of men in March. The meeting was well attended and some of the interests the men have are:-

Culture and Heritage
They specifically said that they would be interested in learning from older Travellers and passing traditions on to younger men. A visit to a Traveller Horse Project in Tipperary was organised for April.
As part of our men’s health work we are involved with the Eastern Regional sub group which was set up through the Eastern Regional Traveller Health Network. The regional sub group has an action plan for the year which includes four activities. The first of these activities was the Run a Muck Challenge which was held in Johnston, Kildare on the 5th March. Our men’s worker spent a lot of time talking to Traveller men in the area and encouraging them to get involved, he was very successful and nine Traveller men from the Tallaght area took part.

Two other events organised were a trip to Croagh Patrick, Eleven men from Tallaght participated in this event which was very successful. The second event was a men’s health day organised as part of Men’s health Week in June. The event was held in the Phoenix Park, a football tournament was organised between the Primary Health Care Projects involved. There were also health checks for diabetes and cholesterol as well as information on Mental Health, Asthma and Cancer. Although it was a very wet day it was successful and we had nine men attending as well as the CHWs 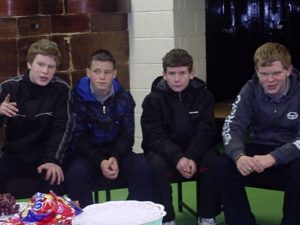 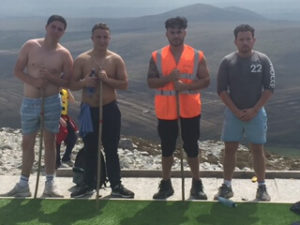 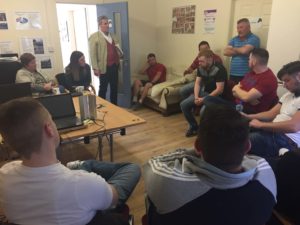